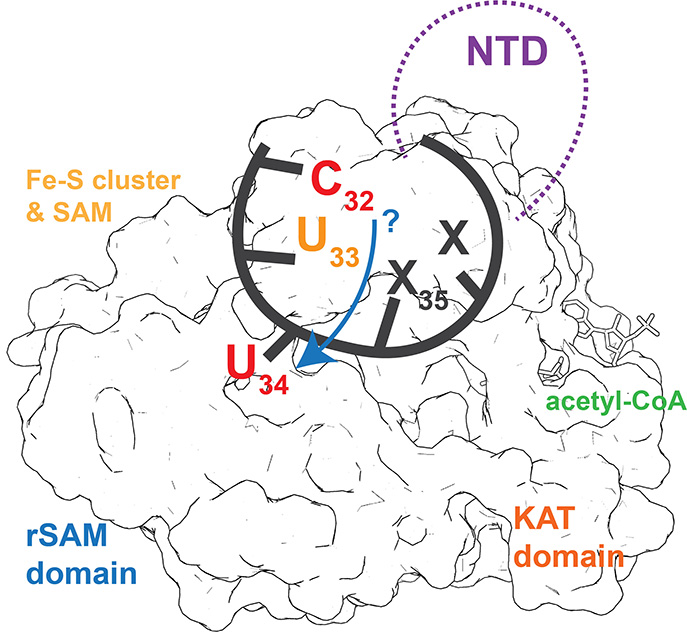 What will be the project`s results?

The central dogma on which functional life is based on three major components: DNA, RNA and proteins. Proteins are the workhorses that catalyze many different reactions in cells to support the life processes of an organism. Fundamentally, protein is made of building blocks called amino acids of which there are approximately twenty. In the cell these amino acids are connected together end-to-end in a thread-like manner. This is done in a process called “translation”. The order (or “sequence”) that they are connected determines how the thread coils up in three dimensions (called “protein folding”) and the three dimensional structure determines the function of the protein. Any mistakes in the sequence or the folding can cause the protein to malfunction, leading to disease, so it is vital for the cell to ensure its proteins are of the correct sequence and folded properly.  In translation a molecular instruction tape, called messenger RNA (mRNA) contains the information of what amino acids should be connected together and individual amino acids are brought to the messenger RNA attached to short pieces of “transfer RNA” (tRNA). As one tRNA attaches to the correct place on the mRNA, the subsequent tRNA in the sequence attaches next to it. The two amino acids brought by the tRNA are now adjacent to each other and with the help of other complex cell machinery, they are linked together to form a growing protein chain. As they grow in this way, protein chains can fold into complex shapes and ensuring proper folding during protein translation is crucial for well-functioned proteins. Recent studies have revealed that tRNAs do not just serve as a passive carrier of amino acids but the tRNAs themselves can be modified and these modifications, or chemical decorations can affect the translation process and therefore the folding of proteins in the cell, this in turn can affect how proteins function and whether or not they may cause diseases. In fact, evidence suggests that a lack of these as chemical decorations leading to protein folding problems may be results in cancers and neurodegenerative diseases.

As always in biology, processes are complex: The tRNA modifications are themselves carried out by other proteins (called enzymes) and in most cases the responsible proteins and mechanisms are still not clear. As a result, the topic of tRNA modification is a rising and increasingly important area for research. Our project mainly focuses on discovering and understanding one of the tRNA modifications that is catalyzed by a number of proteins known collectively as “Elongator complex” (Elp) which is highly conserved in virus, bacteria, archaea and eukaryotes including humans and its dysregulation is known to be related to human diseases. In particular, this enzyme a part of the tRNA known as uridine-34 (U34) which is a particularly important part of the molecule called the “wobble position”. This specific modification on the wobble position of tRNAs (at U34 position) is unique from other well-known methyl group modification (on different tRNA positions). By revealing the catalytic mechanism may shed light on answering the fundamental bioregulation and its correlation to clinical disease onset.

What is innovative in our project?

The results of the project are expected to be highly innovative: tRNA modification is very important but to date, very few RNA modification enzymes have been successfully and completely studied. In fact, the structural and mechanistic work that we will carry out on Elp-mediated tRNA modification will be one of very few described to date. We will carry out cross-disciplinary work, combining protein structural biology and molecular cell biology to investigate and present a truly comprehensive picture that relates the detailed structure/function of the tRNA modification enzyme to the way in which the cells actually function. By using techniques to understand the structure of the Elp in high detail (protein crystallography or electron microscopy), I will be able to explain what part of the protein is responsible for the different functions including the parts that bind a helper molecule (called a “cofactor”) and the parts that actually bind and modify the tRNA. This will allow us to understand the mechanism of modification in unprecedented detail. We collaborate with Professor Dr. Karin Breunig (Dept. of Genetics, Institute of Biology, Martin Luther University, Germany) and she and her group have the expertise to alter the protein residues and monitor how cells with these changes actually behave. They do this using a specific Elp-dependent tRNA modification phenotyping assay. With this collaboration, we can complement the molecular aspects of my biochemical and structural observations with in vivo work. 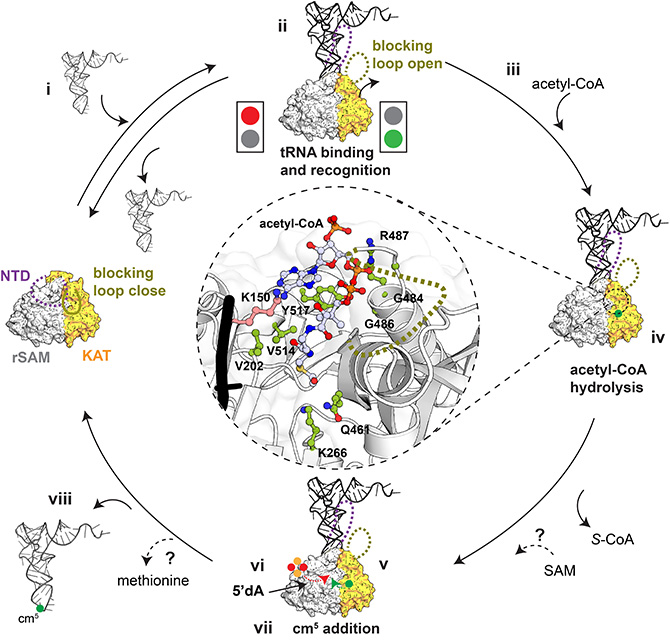 Where the results can be applied?

The results of this project will be widely appreciated by all those interested in the fundamental questions of RNA modification research basic biology in general. It is expected to also be useful to those involved in clinical research due to the key role in some disease states. The unique modification catalyzed by the Elongator complex is unusual in that it appears to consist of a radical intermediate on the acetyl donated by the acetyl-CoA cofactor. Such a reaction could possibly be harnessed by biotechnologists in new synthetic pathways in cells to make new molecules. Secondly, the Elp-mediated modification mechanism exists as part of a larger tRNA modification network where crosstalk may occur between other modification mechanisms, such as the thiolation of U34 by NCS2/NCS6 and so our work will help understand the larger regulatory network. Furthermore, RNA is a vital molecule in the cell and consists of other types of RNA (not just tRNA) carrying out other important roles. It is exciting to consider that proteins such as Elp may be able to interact with other RNA modification enzymes and affect many different aspects of the life of the cell.